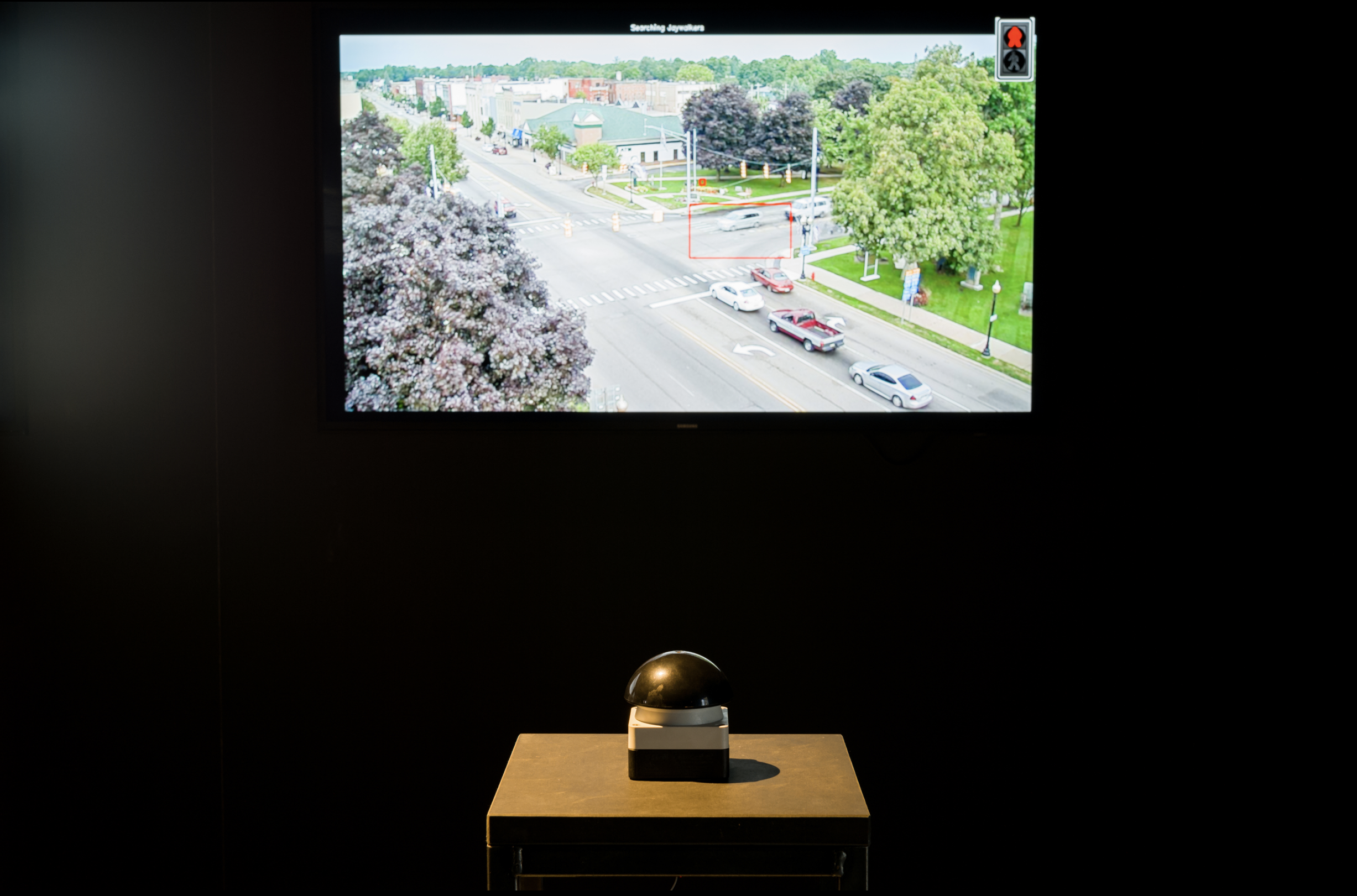 s Jaywalking is an interactive installation that displays live surveillance footage of streets in various countries. Surveillance webcams capture footage of crosswalks and identify jaywalkers. From the monitor, visitors are given a choice as to whether or not they want to press a button that emails screenshots to local police stations. The work thus presents audiences with a moral dilemma. The ensuing interactions convey a complete disconnect between the surveilled and the installation viewer in charge of their fate.

[video src=https://vimeo.com/158497068 height: 200 align:right] Dries Depoorter's Seattle Crime Cams streams surveillance videos in real-time to the gallery installation. The artist tapped into Seattle's surveillance systems by finding the feed of the footage buried in code. This offered him access to a continuous stream of video captured by the city's numerous surveillance cameras. “I found it pretty strange, that the police were sharing all this data to the general public,” he claims. “I had to show what you could do with this… You see just how much surveillance there really is.”