SEE BANFF! is an interactive stereoscopic installation. It bears a strong – and intentional – resemblance to an Edison kinetoscope, which made its public debut one hundred years ago in April 1894. It achieved instant popularity, but was short-lived. One and a half years later, in December 1895, the Lumiere brothers publicly exhibited projected film, […] 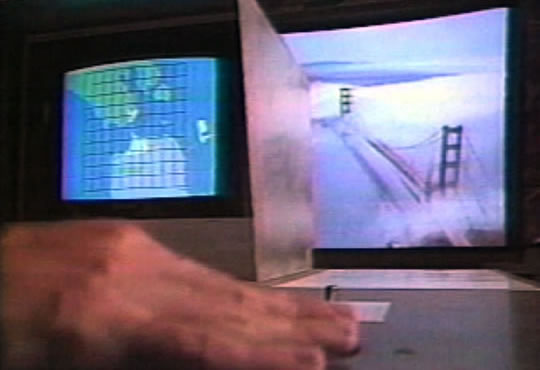 Michael Naimark is a longtime media artist and researcher.