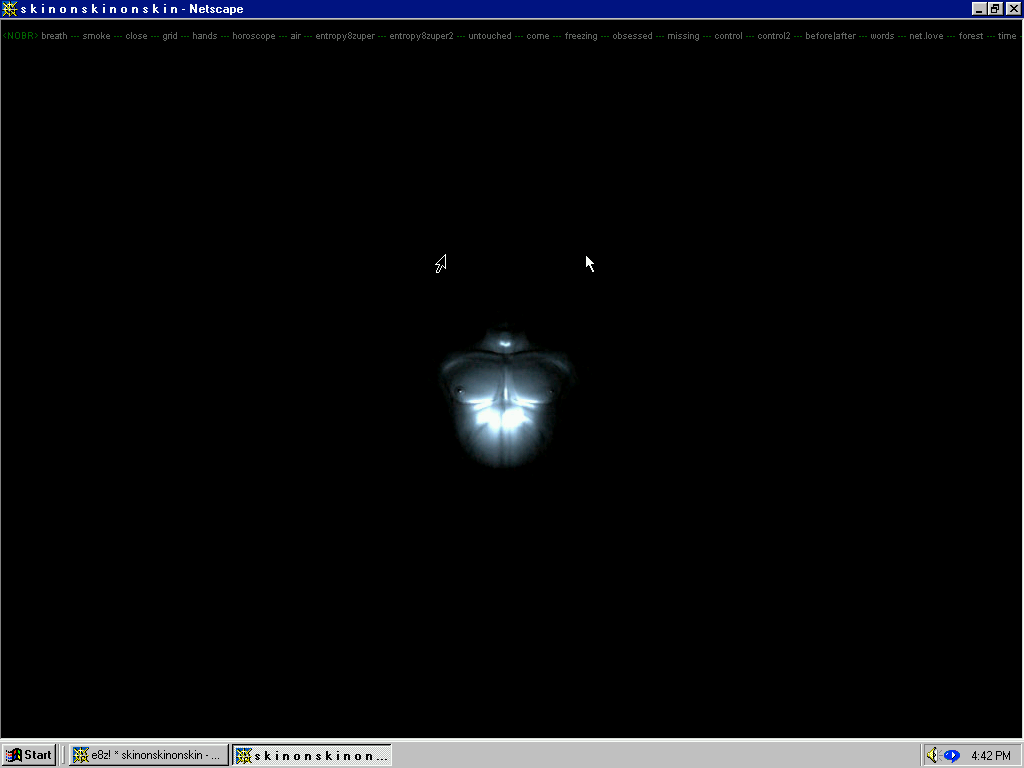 Skinonskinonskin is a 1999 digital art piece that displays a love correspondence between two artists in a unique and fascinating manner. The artists Auriea "Entropy8" Harvey and Michaël "Zuper!" Samyn met on an online website for digital artists. Their creative digital love "letters" are what now make up the art piece Skinonskinonskin[1]. Currently the piece can be accessed via a Windows 98 emulator on the referenced archived website.

In total there are 25 letters, each with some form of interactive graphic. While not letters in a traditional sense, each piece is a file that contains a graphic as well as some form of message, whether that is embedded in the source code or within the letter itself. An example of this is the very first letter, breath.html, in which Michaël created an image of a torso with a dynamic extra cursor that mirrors the user's cursor position. His own heavy breathing can be heard playing in the background. Hidden messages to Harvey can be found in the code for breath.html. 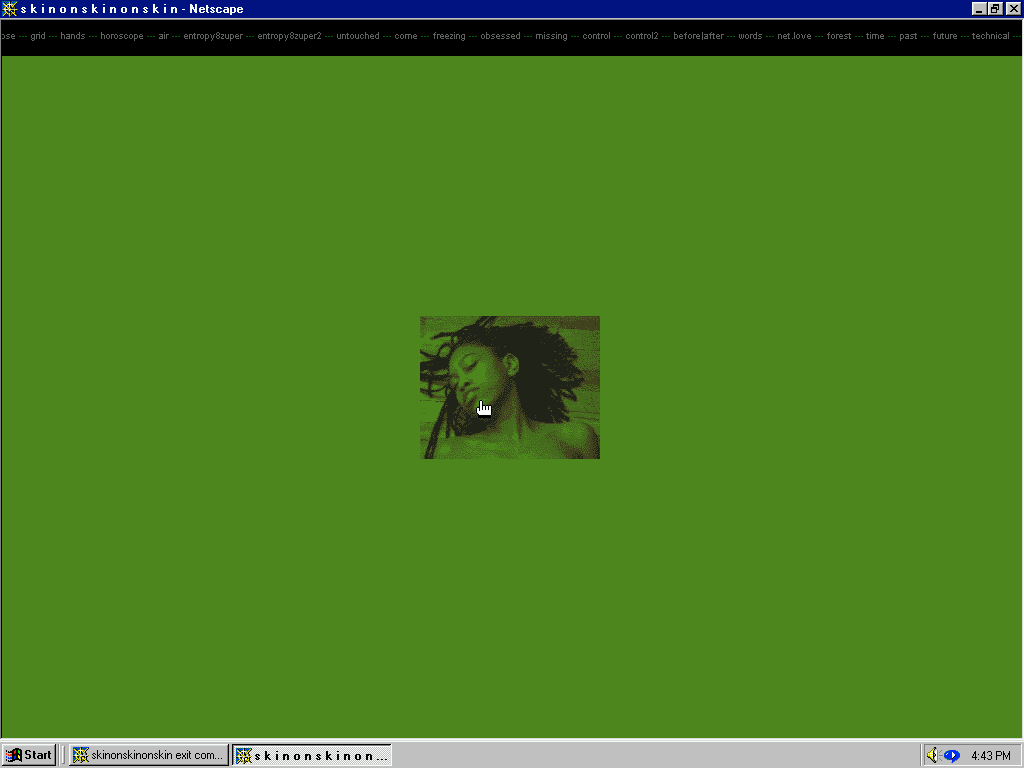 Another exemplary letter features an interactive picture of Auriea Harvey against a green background. Their face repositions itself to constantly be directed towards the cursors position, allowing for an intimate interaction that often causes the participant to feel a sense of voyeurism into someone else's intimate life.

Almost all of the letters are created in a way that the user can interact with the simulated object, environment, or representation, usually in a fairly simplistic manner. Doing so reveals love notes, messages, and other meanings. There are often personal representations of the two artists, either in the form of a rendered avatar of sorts, or actual images and pictures taken of their bodies.

Skinonskinonskin offers a unique insight into the novelty of online intimacy, especially from a time before our modern day connectedness. While today we have video calls, instant image transference, and similar, at the time of Skinonskinonskin's creation the artists did not have such luxuries, instead turning to creative and heavily intimate methods. We are offered a somewhat voyeuristic window into a deeply personal dialogue between paramours. A huge part of the release of this piece was as an expression of change and rebirth, according to Harvey "It seemed that the time was right to release our love into the world and to leave our old lives behind." At the time such expressions were rare on the internet, much unlike how relationships can be a broadcasted thing in our modern times.

This is so cool. I like how you chose a project that was created in a time outside of instant messsaging. You did a great job explaining the project and providing examples of the different letters. Great analysis. I wish there was a video, maybe you could do a screen recording of the online love letters. Great job! -Ashley McDougal