[video src=https://vimeo.com/12024934 height:220 align:left hspace:10]The Japanese experimental visual artist Takashi Ito’s 1982 short film Thunder tests two extremes of the fairly conventional medium of film. A five minute pulsing odyssey through an industrial architectural network, fueled by long exposure light drawings and a mechanical score that perverts both voice and glass samples, Thunder is maximal in its approach to providing audiovisual information, while boldly displaying a lack of kinetic cohesion. The entirety of the film consists of sequenced photographs, relying on the phenomenon of persistence of vision to enable the viewer to “perceive motion smoothly unfold over time.”

[video src=https://www.youtube.com/watch?v=1aGUPZc53cQ height: 180 align: right] A Sound Garden, by Douglas Hollis, is an "aeolean" sound sculpture comprised of 12 tower-like structures. An aeolean instrument is one that wind-driven, a reference to Aeolus, the Greek god of wind. The structures contain pipes that generate a wide variety of sounds, depending on wind speed and direction [2]. As this area is subject to frequent winds of varying intensity, A Sound Garden the visitor will almost always hear it in action and may be treated to a dynamic wind-driven concert as the sounds respond to changes in the winds. A Sound Garden is also notable as the inspiration for the eponymous Seattle grunge band, Soundgarden. 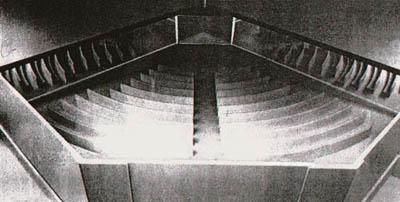 Have you ever played the game hearsay with some friends on the schoolyard? You start a story, or maybe a sentence, and whisper it in the ear of the person who stands next to you.

The World in 24 Hours/Die Welt in 24 Stunden

“Fellow artist Laura Kikauka and I each built an electro-mechanical sex machine (hers, female; mine, male) without consulting each other on the particulars, apart

A Manner of Speaking: An Interview with Gary Hill

In his most recent work, however, language and thought rather than electronics-are the immaterial entities that are given form . 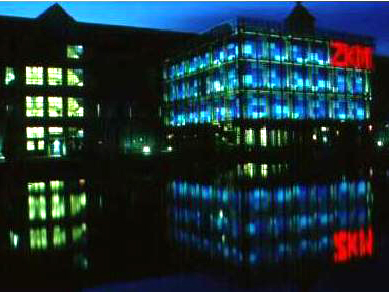 Roy Ascott’s 1980 telematic artwork, La Plissure du Texte (The Pleating of the Text) explored the potential of computer networking for the interactive, remote, collaborative creation of a work of art that challenged the conventional aesthetic categories of artist, artwork, and viewer, and the traditional opposition of subject and object.  Eleven locations in the US, […]

“Video Flag is an important example of Paik’s more recent work composed of a series of sculptural television constructions or walls of TVs. HOLE-IN-SPACE was a Public Communication Sculpture.

Who’s Who in Filmmaking: James Whitney

In 1985 Moritz publishes this article on James Whitney, describing his fascination with eastern philosophies and gives an overview on Whitney’s filmography.

On the occasion of the Toronto International Animation Festival in 1984, Mortiz gives an overview on James Whitney’s biography and work.

Aspects of Gaia (Trolly Under Brucknerhaus with networked LED messages)